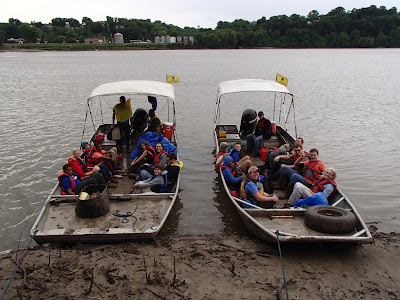 During the Academy students were able to engage their innate sense of wonder and natural curiosity to explore the Missouri River, while increasing their knowledge and understanding of the longest river in North America! By deepening their connection and sense of responsibility for the river, these young people will become the next generation of river stewards. 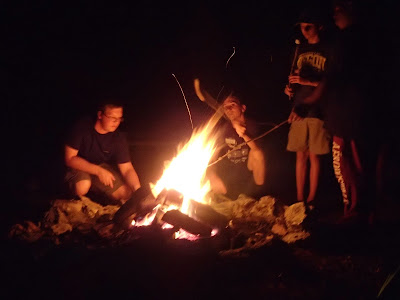 Day One – We spent time getting to know each other through introductions and team builders. The students even began their Missouri River Action Projects, by choosing an issue to explore. In the days to come they focused on mapping the impact of their issue, creating issue-related goals and objectives that they could achieve in their community and develop a plan for getting community members involved.

We wrapped up the evening with campfire songs, stories and s'mores! And it could not have been any better! 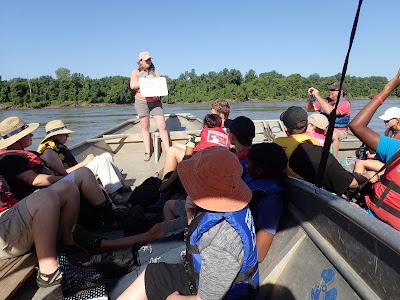 Day Two - Was all about connecting to the Missouri River in a deeper sense using observation skills. We talked about things we noticed and wondered about while drifting down the big river. Artist Elizabeth Parris led a water-coloring activity next to the Katy Trail.

After lunch we headed up the hill to gain a historical perspective of the river from author and historian David Menke. We got to ride on a tractor and take in the views of native prairies and woodlands high above the river. We could imagine what life might have been like for all the cultures that have lived on and used the river over time. It was a great first full day, with a refreshing dip in Camp Trinity’s pool.

In the evening students continued to work on their Missouri River Action Projects and even had the chance to meet up with the local astronomy club to learn about the night sky. For a lot of these students it was their first time seeing so many stars and for all of us, it was our first time seeing the rings of Saturn. 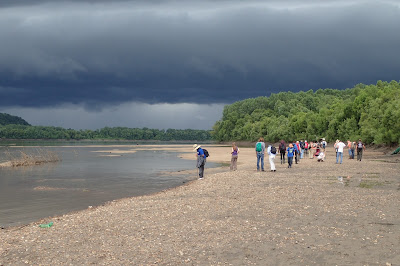 Day Three - The day started off at 94% humidity and a whopper of a rain storm! So we did what we always do, and powered through it as best we could.

The great folks from the Missouri River Bird Observatory set up some mist nets to give us a personal view of songbirds here in the woodlands at Camp Trinity. Sadly, because of the weather, all we caught was a cardinal! But we still learned a ton about the diversity of birds in this area.

Then it was off to the river. Mike Smith, an educator from Washington, MO, joined us for a wetland and forestry discussion. 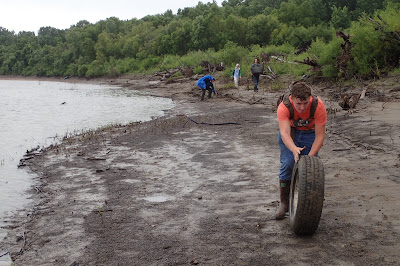 Today's focus was all about understanding the interconnected communities that make up the Missouri River. After a hike through the bottom lands, we did a mini-river clean-up. Six bags of trash and two tires later, and we were back to the boats! We now have a deeper understanding of how humans impact this river, in both positive and negative ways. 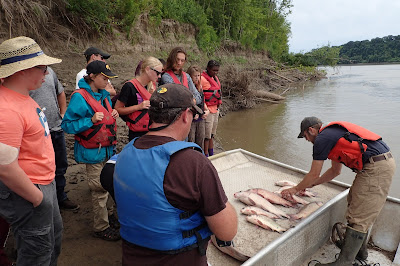 After lunch, we were joined by commercial fisherman, Cliff and Kathy Rost, along with MDC Big River Specialist Joe McMullen, who took us out fishing with gill nets! We got up close and personal with several different Missouri River fish, and even netted a few turtles! 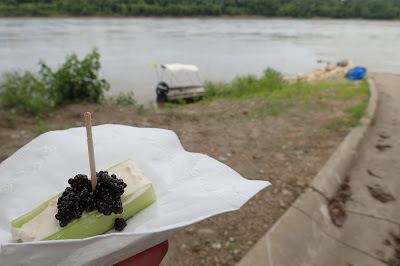 To wrap it all up, the Rosts brought us a special snack, caviar! Lucky for us, it turned out to be just another great day on the Missouri River. 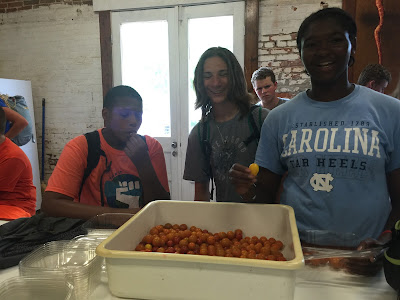 Day Four – Was our last full day of the 2016 Missouri River Academy! Today was all about our human connection to the Missouri River. We began our morning with a phone conference with Janet Moreland, solo expedition paddler who was paddling the entire length of the Mississippi, and, in 2013, was the first woman and American to descend the Missouri River from source to sea!

We spent some more time with historian David Menke in downtown New Haven, imagining what it was like when the steam boats arrived, taking a deeper look at the history of this town, how the area developed over time and the complexities and interactions of economic, environmental and social systems on the river. We also got to hear some really cool stories about New Haven legend and Mountain Man John Colter.

Then it was over to Avant Garden CSA and the Riverfront Cultural Society! Carissa Cole gave us an idea of what it was like to farm this area and run a local business, while sharing some excellent produce. 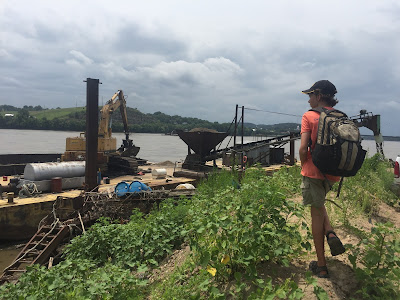 We headed to Hermann, and toured the Hermann Sand & Gravel operation where we learned all about the giant piles of sand and rock dredged from the Missouri River, and what it's like to work on a barge with Kathryn Ann Engemann, who just happens to have a tow boat named after her!

Lastly, we headed over to the Public Works to learn what happens to the water when we flush the toilet. From history to the economics of a river town, and the environmental variations that shape this place, we took it all in stride as we went in and out of one of the hardest rain events we'd seen this week! 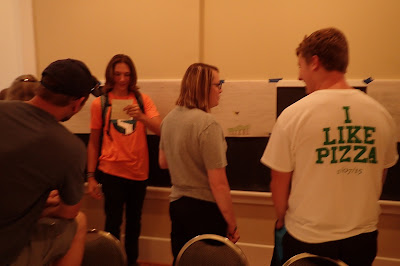 Day Five– Was all about connecting others to the Missouri River. Students worked hard to wrap up the last of their Missouri River Action project, a champion was named in our “Missouri River Olympics,” a game that we played throughout the week.

In the afternoon, we headed over to the New Haven Old School House for lunch and to prepare for our Missouri River Action Project presentations. Parents, siblings, community members, teachers and friends all arrived to learn about what issues on the Missouri River sparked these young people’s interest, and the outreach and education plans that they had developed to address a specific issue in their community. The students shined and the audience asked great questions.


At the end, one student said “we engaged with so many different ideas and activities, that everyone really enjoyed. And I met so many presenters that I want to get to know further, outside of the Academy.”

Another student said “I enjoyed every second of the Academy and I hope that I get to come again next year”. The Missouri River Academy not only engaged their innate sense of wonder and natural curiosity to explore the Missouri River, but also their desire to want to know and understand more about the longest river in North America grew!
Last but not least, a big shout-out to all of the individuals and organizations, who helped make the Academy possible this year:
Posted by Missouri River Relief at Friday, August 26, 2016